Now what do we do?  Wait like fools for ever and not be picked up?  Or get a taxi home as we could have done an hour or more earlier?  It was getting colder and colder too.  We didn’t want to be rude to the lady if she was to turn up, but couldn’t wait all night either.  So again, about ¾ hour after the appointed time, we found a taxi and got taken back to the hotel for warm showers.  An hour later still the phone rang and it was the girl from the yacht asking if we had arrived back safely.  Don’t know what she’d have done if we hadn’t, nor why we’d been abandoned, but all we could do was laugh.  Twice forgotten and a freezing cold, choppy cruise where I couldn’t see the fish or the reef from the boat or the submersible.  Shrug! 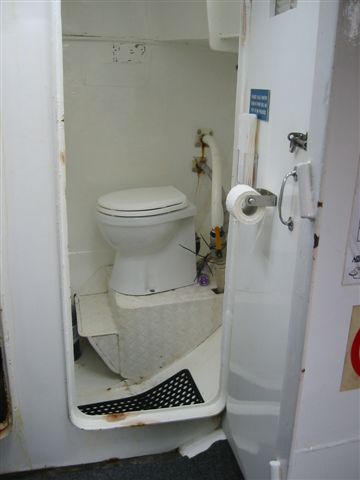 I must share the yacht’s toilet with you, it was so funny having the sloping floor as you step in and then the steps to literally climb on board the toilet.  Quite an experience!!!

On my birthday we went on a little guided coach tour and saw an opal mine simulation, views of Cairns from the mountain top, the northern beaches and many other suburbs with interesting chatter about them all from the driver. 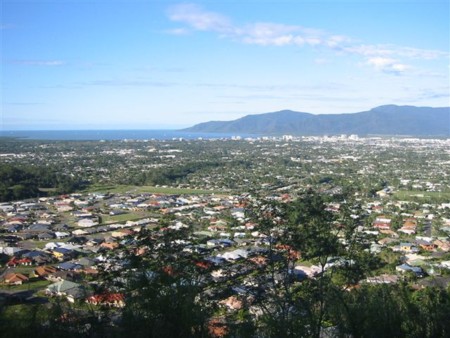 We also saw the harbours, sugar depot, shopping centres, had a Devonshire tea, tour of the Royal Flying Doctor Service and lots else.  On the Royal Flying Doctor base we were treated to a look around their museum as well as watching a short film.  The biggest attraction by far was the original plane used by the ‘Doctor’.  It looked so small, but I guess it would have to be to land on small airstrips such as farms would have… 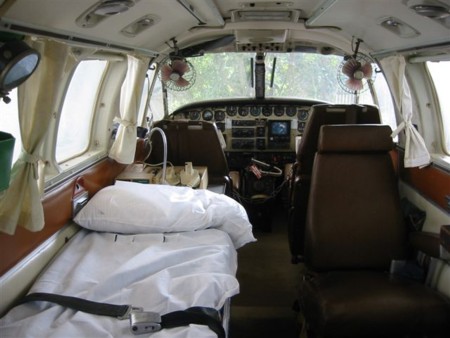 It was all very interesting, and made us feel very young amongst the company on the bus.  We were even told ‘behave yourselves!’ as we cuddled up on the back seat of the bus.  It seemed strange, as on the yacht cruise we’d been significantly older than everyone else.

On Sunday we caught a taxi into Cairns and wandered around the shops and the city centre, having an exploring session, including a long walk up the Esplanade. 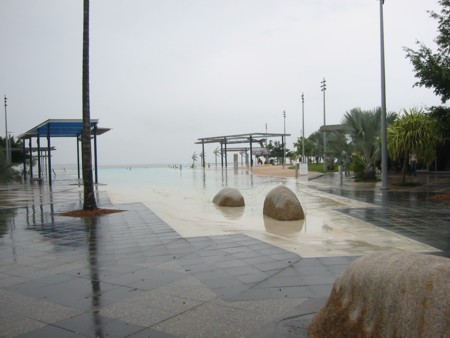 Here’s the massive ‘paddling pool’ leading out to the ocean, which would have been fun on a warm day!

When it rained really heavily we scuttered back to the city centre and had a coffee while waiting for the night markets to open.  After wandering around there and fighting off all the Chinese people who wanted to massage us we went ‘home’ on the SunBus, walking in the rain yet again.  It was interesting rain though because we didn’t actually get wet – I guess it was evaporating off as fast as it was landing.  The top of our bags got a bit wet but it did not soak through the bags or our clothing, and my hair felt really good for it.

Here’s a view of our resort, taken from our balcony, and the mountains beyond. 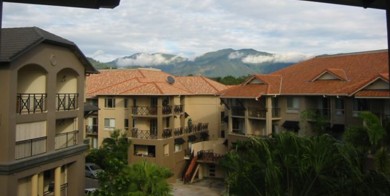 On the next day, Monday, we went for a walk around the corner from the resort and found 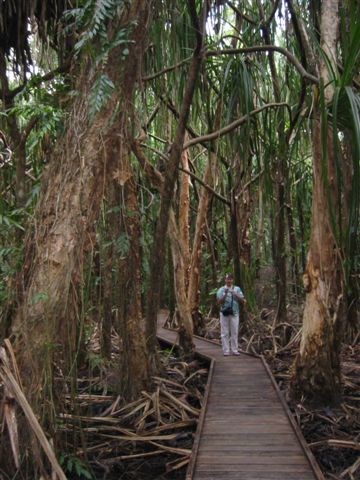 ourselves in a rain forest park.  I felt a little cautious after we read a sign saying that there can be crocodiles there but David managed to convince me that we were safe on the boardwalks and I chose to believe him because it felt better that way.

I loved this next picture.  There amidst the murky brown water was a flower, just floating and being beautiful, completely unaffected by its surroundings… 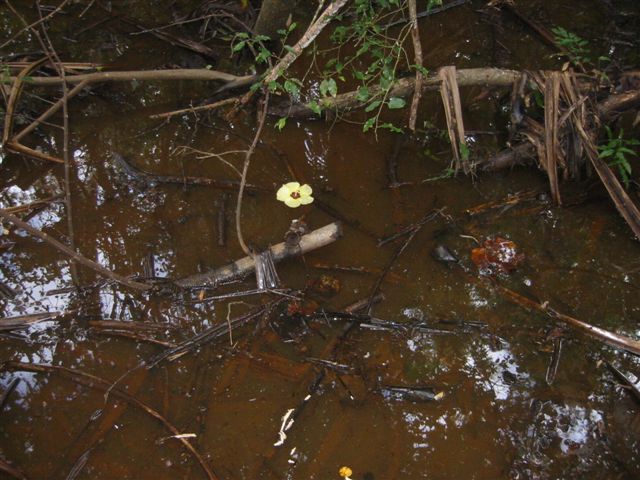 Beauty in the mud

All too soon, as holidays do, it was all over and we were flying home once more.  It was only ever planned as a short break because that’s all the time I could get off of work.  I enjoyed being with my wonderful man and having him all to myself anyway, and that’s the main thing.

The End of our Cairns Holiday